Joanna Rhodes has been pursuing her passion in sculpture for a over ten years. She came to sculpting after a long stint in the fashion business. With a desire to work in 3D she originally retrained as a furniture designer which lead straight to sculpture — allowing her the creative freedom she craved.

Joanna applied the skills learnt in furniture design and production to her art and they have served her well in turning her clay models (which she always starts with) into sizable permanent pieces.

Joanna has completed a number of comissions. Most recently in 2012 she won the Montalto Family Choice Award and also the People’s Choice Award at the Montalto sculpture prize in Victoria. She has also been accepted into Sydney’s upcoming acclaimed ‘Sculpture by the Sea’ show.

Joanna would be excited to talk through any commission ideas. Please look at the Project section to see examples of her most recent work. 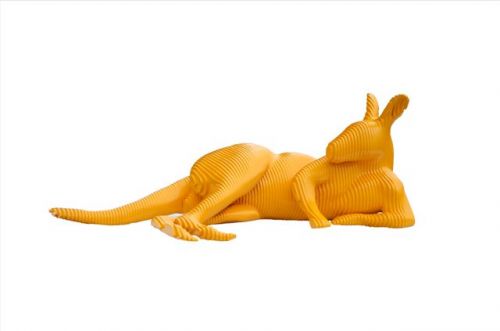